Property in Thailand
The self-titled land of smiles has done remarkably well for itself since the devastating Boxing Day tsunami of 2004. Despite the widespread destruction caused by this massive wave to Thailand’s popular west coast, tourists and property investors have come back here in their droves (visitors numbers dropped by 40 per cent in the Tsunami’s immediate aftermath). 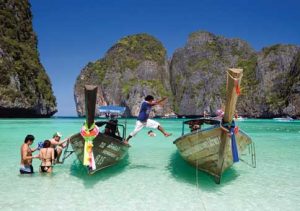 Thailand is now in the top ten of Britain’s favourite holiday destinations and all these keen visitors will need sheltering, which has led many speculators to believe that property prices in this easternparadise will see an annual rise of eight to 10 per cent.
If you’re not a citizen of Thailand and aren’t lucky enough to inherit a place, then you may well need to form a limited liability company. And, as you may have guessed, this is a process that’s far from simple. The company’s majority shareholders must be Thai nationals and if a foreigner owns as much as 40 per cent of the shares, then the government will investigate to make sure the company isn’t being used as a means for a non-Thais to buy property.

This all means that to buy a property in Thailand you’ll more likely than not need to form a company but only own 39 per cent or less of the shares. Luckily, you can still be the sold director and make all financial decisions as a minority shareholder.

When it comes to owning condominiums, however, the process is far easier. The only restrictions here are firstly that the percentage of units sold to foreigners cannot exceed 49 per cent of the total number of unit in the condominium block and, secondly, that the funds used to buy the condominium have been remitted from abroad and correctly recorded as such by a Thai bank on an official document known as a “tor tor sam”.

In the same category
Skiing is a very satisfying activity