Costa Rica has only relatively recently seen more visitors flocking to visit its wonderful sights. Even so, it is considered to be something of a paradise with its white water rivers which take you through a host of exciting and varying landscapes and its abundance of wildlife in the Costa Rica rain forest canopy. It has a relatively small population of 3 million people and with roughly 19,000 square miles to explore, offers its visitors a welcome adventure. 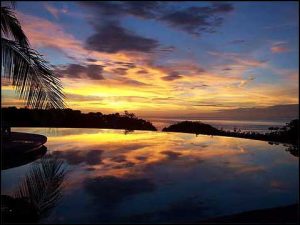 With the Caribbean Ocean to the east and the Pacific Ocean to the west, Costa Rica is one of the lesser known countries in Central America. It is the ideal place to visit if you love to get in touch with nature and enjoy is abundance of nature tours. It has two main seasons – the wet season begins in April and lasts through to November and the dry season runs from December to April.

With such a large amount of precipitation, this country has many rivers, some of which are prone to flooding. It is also a dangerous environment for bathers or tourists trying out the white water rafting! After heavy rain, rivers become engorged with natural debris which creates a wall of havoc that Cota Ricans call the Cabezas de Aguas (“heads of water”). Although this may sound very frightening, especially if you are more accustomed to more tranquil conditions, this is a key feature of Costa Rica and for tourists the dangers of the rivers can be experienced from a safe distance.

Most of Costa Rica lies in a tropical zone, but there are 12 different climates that make up its natural diversity. There is a large mountain range stretching across the country which is part of the Andean Sierra Madre range.

People who visit Costa Rica often start in its popular capital, San Jose. From here you can enjoy trips to the Caribbean coast and the scenic heights of Chirrip which is situated to the south of the country at over 12,000 feet. Costa Rica was first explored on one of Columbus’ journeys to the new world in 1502. He and his crew were warmly welcomed by the people of this land who paddled out in canoes, adorned with gold rings in their ears and noses. This is one of the things that inspired the Spanish to name this place Costa Rica (“rich coast”).

Whether you want to visit its history, visit one of its active volcanoes (seven it total!) or take an eco-tour of the canopy, Costa Rica can show you some of the variety of scenery of this Central American country, making this an exciting and wonderful experience